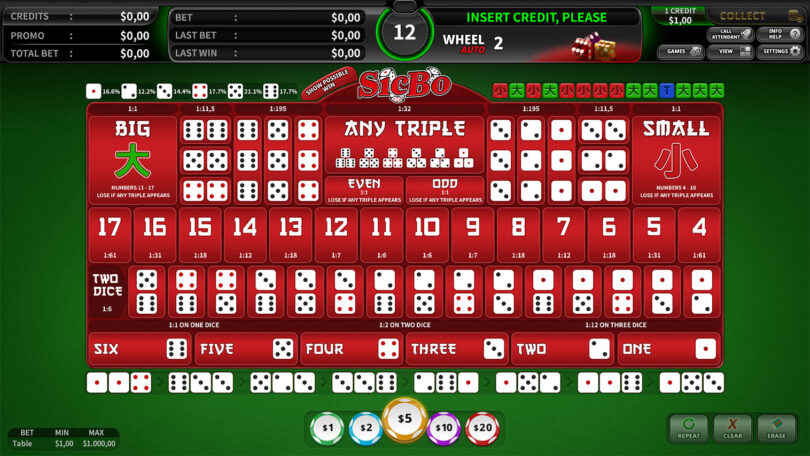 Written by Morgan Burton
Sic Bo, sometimes known as Hi-Lo, is a three dice, unequal game of chance of Chinese origin; the name meaning “Dice Pairs” in Chinese. It is often played in casinos, and can seem a little daunting at first, due to the large amount of pieces and information on an atypical Sic Bo table.
When you play Sic Bo online however, the interface can often be much simpler, and offer you more help as you play; no-one likes to look silly in a casino, and luckily if you play Sic Bo online you can avoid any embarrassment.
The Basics
In Sic Bo, the player shakes three standard dice, which are traditionally shaken in a plastic cup or basket, except in Asia where they are shook on a small plate covered with a bowl, before being lifted to reveal the roll. When you play Sic Bo online often an animation will show shaking the dice in a similar fashion, but you only need a click of the mouse to do so!
Despite its often complex table, it is simple to play Sic Bo. Firstly choose the chip of desired value by clicking on it, and then click on any bet area on the Si Bo “table” to bet. Adding clicks adds to the chip amount, but you can also click on other values of chips to increase the bet by that value.
Any number of bets can be placed on the Sic Bo table, and the outcomes are based on the combinations of the three dice shook. Now, click the appropriate button to roll the dice, and with luck your bet matches the roll and you may collect your winnings.
Combinations, Bets and Probability
Below is a simple list of the most popular bets in Sic Bo. Like in Roulette, the player places his bet on the appropriate square on the Sic Bo table:
Big – A bet that the total score will be between 11 and 17 with the exception of a triple. The probability of this happening in a typical Sic Bo game is 49%
Small – The total score will be between 4 and 10 with the exception of a triple. Probability 49%
Odd – The total score will be an odd number with the exception of a triple. Probability 49%
Even – The total score will be and even number with the exception of a triple. Probability 49%
There are also bets on if triple numbers will appear, for example three threes on the dice, if two doubles will appear, or if any triples at all will appear, as well as a specific number the player feels the dice will add up to.
Often online games of Sic Bo will not offer this many combinations, preferring to keep the game brighter and simpler to follow.
Tips and Tricks
When you play Sic Bo online, it is often common to go for safe bets with high probability; with a nearly 50/50 chance of a Big, Small, Odd or Even it can be hard to refuse. However, triple, double and combination bets are where the big money is, and if you take that risk, the payouts can be enormous! 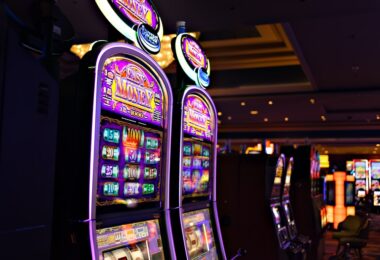 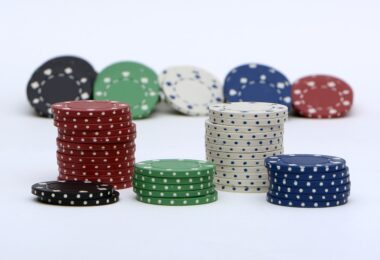 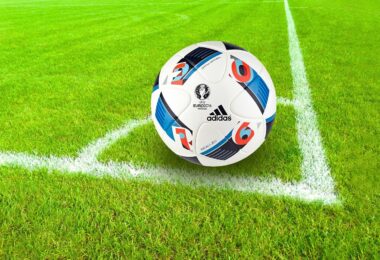 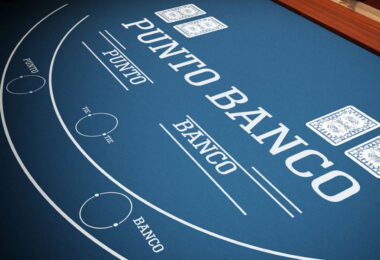 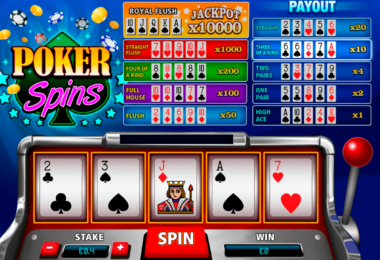